What Is An AKC Mastiff?

Ever wonder what is an AKC Mastiff? Well, luckily for you, you are in the right place to find out, as we are going to tell you everything you need to know about this big lovable fella. Who knows? An AKC Mastiff might be just what your home needs!

What is an AKC Mastiff? AKC does not have any reflection of the type of dog a mastiff is but instead is an organization (American Kennel Club) that sets standards for breeds, including the Mastiff.  Most dog and animal organizations simply refer to the AKC Mastiff as Mastiff.

If you are looking to add a dog to the family that is protective, lovable, and easygoing, the AKC Mastiff may be just the furry family member that you are looking for. Here, we are going to look at the personality of the dog and exactly what makes it the perfect addition to any family. Read More Below... 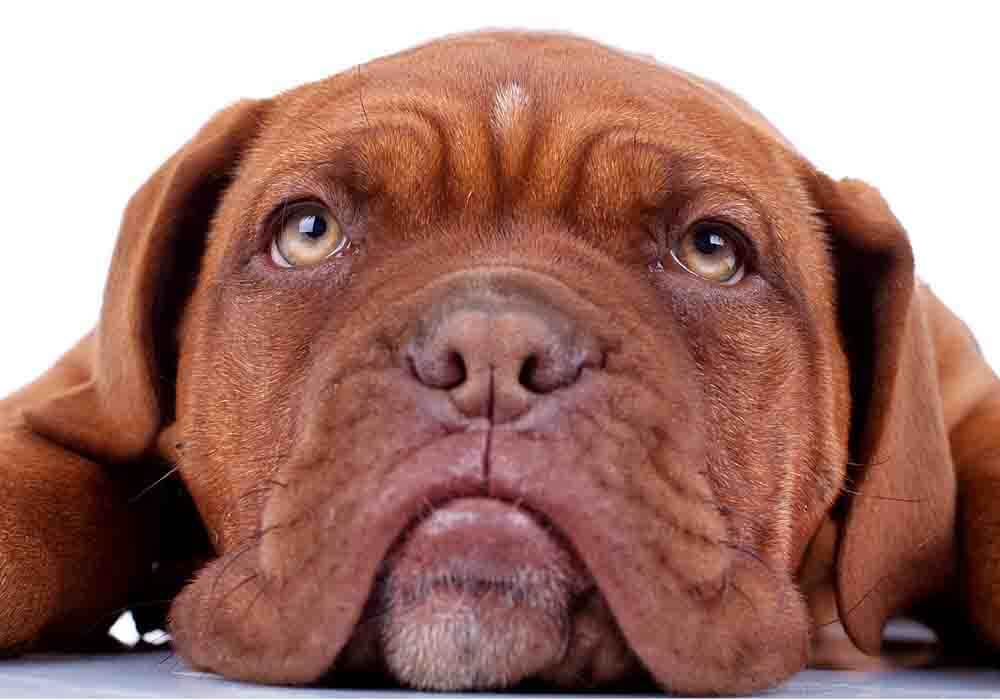 What Can You Tell Me About The AKC Mastiff?

Let's take a moment to examine how large this dog is truly is. A male mastiff is towering in height, over 30 inches tall up to the shoulder, and rectangular. Its physique is also equally impressive. As it is a thickly muscled dog, it is easy to see why the Mastiff is classified as a working dog that today is used to protect one’s home.

It also has a lovely and distinctive coat. It is short and is often of darker colors such as black, dark brown, fawn, and apricot. And its head? Its broad and massive! The Mastiff also has a wrinkled forehead, and it accentuates its soft, kind yet alert personality.

What Can You Tell Me About The Personality Of The AKC Mastiff?

Mastiffs are one of the most friendly dogs that you will ever come across despite their imposing size. They are immensely protective of their owners. However, the Mastiff tends to be very wary and cautious around strangers, so the dog must receive training and be socialized early in life to make the dog more comfortable in situations with strangers.

Mastiffs are also extremely patient and will respond best to a more gentle approach to training. Being militant or aggressive when training the Mastiff may lead to adverse results and leave it less trusting than it characteristically is with its owners.


History of The Mastiff: From War Dog To Home Protector

The Mastiff is an ancient breed of dog with an extremely long and fascinating history, dating as far back as 2500 BC., and was the war dog of choice of Alexander the Great, who is known for conquering most of the known world during his time before his death in 323 BC.

In 300 BC, Alexander the Great brought to Greece the Mastiff’s ancestors, the Molosser dogs of Asia, the Middle East, and Northern Africa. Sometime later, after the young conqueror's death, the Mastiff-like dogs were later used by the Roman Empire as war dogs and used to conquer the country.

After conquering Greece, the Roman Empire staged an attack against England and bred their mastiff dog with what is known as the English Mastiff. This breeding led to the creation of the earliest version of the Neopolitan Mastiff.

The early Neopolitan Mastiff also saw a lot of combat outside of the battlefield. For the sake of entertainment throughout the Roman Empire, this Mastiff was put up against lions, elephants, tigers, bulls, jaguars, and even men. Like gladiators, they were also put into arenas to fight.

Mastiffs In The Employ of The Ancient Celts

Alexander the Great and the Roman Empire were not the only warriors to use the Mastiff dog for war. Another ancient civilization that used the Mastiff was the ancient Celts, who used the giant dog breed on the battlefield and to protect their camps and fortresses.

The famous explorer, Marco Polo, also wrote about them during his travels. In one of his notes, he mentioned that Kubla Khan had kept a large kennel of Mastiffs. He kept five thousand Mastiffs on hand to use for both hunting and war.

As things changed and civilization moved forward, the Mastiff was able to thrive in the Neopolitan region of Italy as protectors of family homes, owners, and property. However, the Mastiff breed of dog came to near extinction as a result of World War II. Since then, the breed has rebounded in popularity and come back from the brink of extinction.

As pointed out before, the AKC Mastiff is not a breed of dog itself but refers to a class of dogs considered Mastiffs by the American Kennel Club.  There are multiple breeds of Mastiffs, each with their unique characteristics. Below you will find a breakdown of the different AKC Mastiff breeds:

A large dog with
a heavy coat

A large dog
with a
wrinkly
coat

Very stubborn,
males can be
aggressive
with other dogs

Loyal and devoted to family

Calm & gentle
can be
stubborn and independent

Did You Know? The German Mastiff is one of the most well-known breeds of Mastiffs and dogs on the planet. However, it is most commonly known as a Great Dane.

While Mastiffs of all breeds are inherently loyal and protective of their owners and their families, it is essential to understand that with some breeds, such as the Neopolitan Mastiff, they may be too territorial, protective, or even jealous. With that in mind, it is important to make sure that they are socialized as soon as possible and receive obedience training to get along with other dogs better.

When it comes to children, breeds like the Neopolitan and Brazilian Mastiff may start to become jealous of them if they begin to feel like the children are receiving more attention than they are. While they may not outright attack the child, their relationship can become affected. It is also essential to avoid leaving children alone with them.

Even breeds like Great Danes that are good with children can accidentally cause the child harm due to their size. They could accidentally step or trip over them if they don’t see the child. With that said, supervision is always a necessity.

Leave With This In Mind...

The Mastiff is giant breed of dog that is extremely popular around the world, and taking one into your home can be an excellent decision for you and your family, but not one to be taken lightly. You need to ensure that you monitor the amount of food it eats, the amount of exercise it gets, make sure it receives obedience training and is socialized early.

There are at least fourteen different breeds of Mastiffs, and the table provided is by no means an exhaustive list. However, it does provide you a good foundation and insight into the Mastiff breeds and their personalities to give you a better idea of what to expect from the breeds.

Aside from this, you also have to make sure the lovable Mastiff receives regular check-ups for any potential health issues that can severely impact their quality of life. Also, if you get a Mastiff, you cannot leave it outside just because it’s a big dog. They prefer being around humans and being indoors. Leaving them outside for extended periods can depress them.