What Were Bullmastiffs Bred For?

Today, the Bullmastiff is admired by dog fanciers as an impressive companion breed. Not many dog breeds can boast an origins story quite like the Bullmastiff, which dates all the way back to the 1860s, perhaps even before that. But what were Bullmastiffs bred for?

Bullmastiffs have the distinction of being bred to be companions of gamekeepers who protected the game on English estates from poachers. Its parent breeds–the Mastiff and the Bulldog - were unfit for the job. The breeds were crossed, resulting in the perfect gamekeeper’s companion, the Bullmastiff.

If you’d like to know more about the interesting history of the Bullmastiff, then you’ve come to the right place. This article explores the Bullmastiff’s journey as a gamekeeper’s companion to become the dependable family guardian it is today. So keep reading to understand the answer to the question, what were Bullmastiffs bred for? 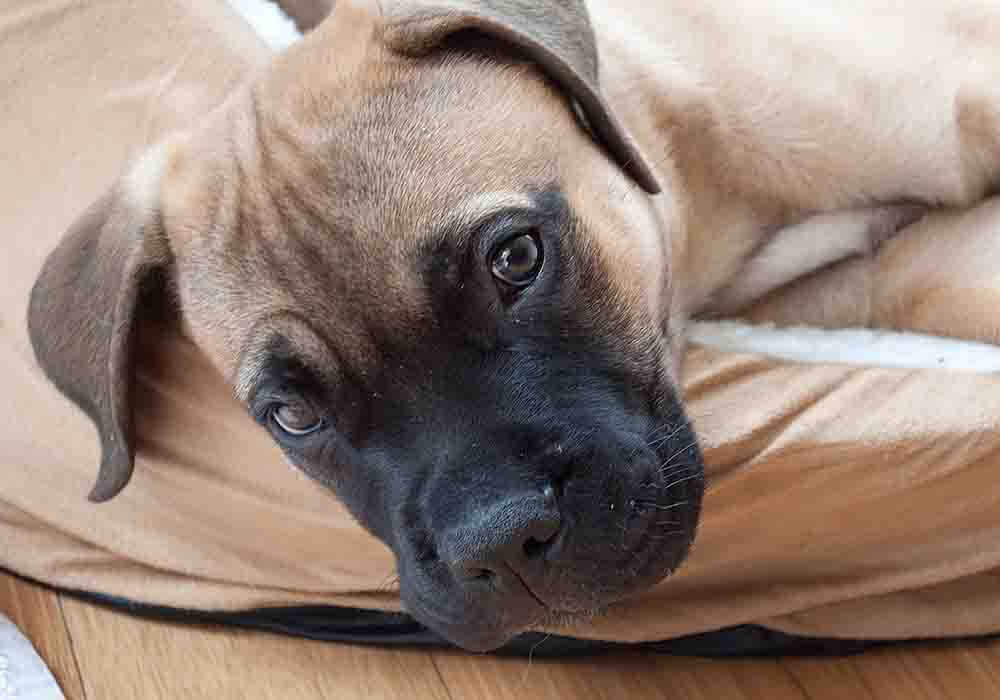 Who Bred the First Bullmastiff?

The first Bullmastiff was bred by gamekeepers in 19th century England to prevent poachers from stealing. The gamekeepers noted that the Mastiff and Bulldog had their limitations when it came to patrols. However, crossbreeding them resulted in the perfect gamekeeper’s companion.

English estate owners of the mid-19th century had a dilemma on their hands. Poaching had become rampant and was costing them some serious coin. To solve the problem, they hired gamekeepers to patrol the estates and catch any would-be thieves.

For this job, gamekeepers needed a canine companion that could help them quietly track and tackle poachers to the ground without mauling them. Much to their frustration, known breeds of their time, the Mastiff and the Bulldog were not cut out for the job.

The gamekeepers needed a dog that could cover short distances quickly. This was a problem for the native breeds used on English estates at the time as they weren’t suited to the task.

The Mastiff wasn’t suitable because it was too slow and, therefore, ineffective when confronting thieves and poachers. The Bulldog satisfied the speed requirement; unfortunately, it was overqualified in the aggression department and would do more harm than good when catching poachers and their dogs.

Bulldogs would also pick fights with the poachers, which would become very dangerous very quickly for a single gamekeeper, who would find himself up against a group of poachers. One gamekeeper couldn’t take on a bunch of thieves and their dog at once, even if the dog was a Bulldog.

Thus, the Bullmastiff was born.

What Were Bullmastiffs Originally Used For?

With the perfect formula of 60% Mastiff and 40% Bulldog, the Bullmastiff was everything the gamekeepers hoped for and more. Poaching was punishable by death, so it was common for poachers to shoot it out with gamekeepers to escape the law. Bullmastiffs helped keep gamekeepers safe by pursuing poachers quietly, often catching them off guard.

They could track poachers both quickly and quietly through forest undergrowth, even at night. And best of all, the Bullmastiff had the restraint to knock down poachers and pin them down until the gamekeepers caught up without taking a chunk off their faces or tearing into their jugulars.

Bullmastiffs had the restraint that Bulldogs did not, even with the poachers exerting every desperate effort to get away. They could keep the thieves pinned without hurting them, allowing the gamekeeper to take the poachers into custody.

The Bullmastiffs quickly became indispensable to the profession of gamekeeping. They were perfect for the job by any metric. They were highly trainable and met all the temperamental requirements for a gamekeeper’s companion. They were physically built for their purpose, possessing speed, agility, and strength.

Being an athletic breed, it’s not hard to imagine the sight of a Bullmastiff charging at full speed, striking fear into the hearts of poachers wishing they had taken up a more honest occupation.

Despite their mass and weight, Bullmastiffs were stealthy. They were trained not to bark or bite to avoid alerting other nearby poachers. The capacity for stealth was a big plus as it kept gamekeepers safe from large groups of poachers, and bought time for them to get help.

The breed quickly gained a reputation for being efficient trackers and catchers. In fact, their reputation was so far-reaching that John D. Rockefeller, a wealthy oil tycoon, imported the breed to the United States in the 1920s to guard his country estate.

In 1933, they were officially recognized by the American Kennel Club.

What Are Bullmastiffs Bred To Do?

While the answer to the question what were Bullmastiffs bred for? is that they were originally gamekeepers’ companions, today, the answer is very different. The age of gamekeepers and their bullmastiffs may be a thing of the past, but the breed continues to be loved and highly regarded today.

Thanks to standardized breeding practices, the breed and its many fine traits have been preserved.

You may have heard the touching story of how Sylvester Stallone had to sell his Bullmastiff Butkus when he fell on financially hard times but eventually bought him back when he started making blockbuster coin. Bullmastiffs can just be as devoted to their owners.

They are gentle and affectionate towards their family. They are also friendly to children in the family and tolerant of other pets; however, they shouldn’t be left alone with children because of their size. They may inadvertently hurt a small child.

Bear in mind that Bullmastiffs have an innate sense of who belongs on their turf and who is trespassing. They can be pretty territorial and are naturally suspicious of strangers. To prevent untoward incidents, you might want to put up ‘Beware of Dog’ signs in the yard to give strangers a fair warning.

Before bringing home a Bullmastiff, here are some important things for you to consider:

What Were Bullmastiffs Bred For...Final Thoughts

Bullmastiffs were originally bred to be the companion dogs of gamekeepers who were hired by wealthy estate owners to protect the game on their land from poachers. Later they were bred to be guard dogs. Today, they are a popular choice for family pets who double as guard dogs owing to their affectionate and protective natures.

Learn More About Bullmastiffs From These Pages...