Although large in size, Bullmastiffs are highly affectionate and gentle, making them amazing family pets. And if you're looking to be a first-time Bullmastiff pet parent, then you must have loads of questions about this towering breed.

Bullmastiffs For Beginners...A Bit About Them

Bullmastiffs are known to be smart and loyal, but they can also prove challenging to train, especially for beginners. And as independent thinkers, Bullmastiffs are likely to need extra attention during training. You'll also need to be cautious of a Bullmastiff's excessive drooling.

If you're interested in bringing a Bullmastiff home as the newest addition to the family, keep reading. This article has the answers to 14 top questions about Bullmastiffs that all potential owners should know. 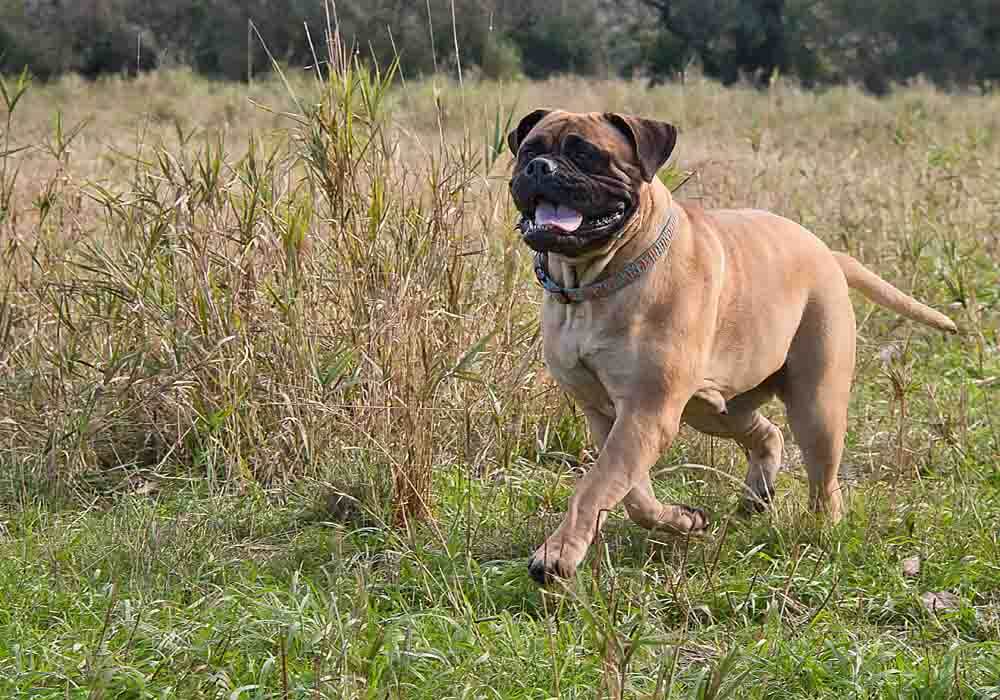 What Bullmastiffs are like as pets is partly why the breed is so popular, as they are gentle, good-natured, and patient with beloved family members, despite their towering sizes. In general, their calm demeanor makes them amazing family pets.

While a Bullmastiff is unlikely to become your kitty's best friend, he will get along with most household pets, provided they have separate mealtimes, toys, and sleeping areas.

However, Bullmastiffs are independent thinkers, meaning they might prove difficult to train. Therefore, it's best to enroll your Bullmastiff in behavior training classes during puppyhood.

How Long Does It Take a Bullmastiff To Be Fully Grown?

Younger puppies tend to gain weight rapidly, especially during the first few months, and growth rate reduces as the puppy grows older. To help support your Bullmastiff growth, keep him on a balanced diet. bullmastiffs for beginners

How Long Do Bullmastiffs Usually Live?

How long Bullmastiffs usually live is similar to most large breeds; The AKC claims that bullmastiffs live for 7-9 years on average, while Hillspet provides a similar average (8-10 years). Although, this breed can live longer if well maintained and properly fed.

Will My Bullmastiff Protect Me?

Your Bullmastiff will protect you by putting his body on the line, even risking his relatively short life to do so. Bullmastiffs were initially bred as guard dogs, so they have high guarding instincts. When threatened, these dogs can turn from gentle to aggressive within a matter of seconds.

Can Bullmastiffs Be Aggressive?

Do Bullmastiffs Drool a Lot?

Bullmastiffs do drool a lot due to their facial structures. The breed is known to have loose lower lips and elongated jowls that make it hard to hold drool in the mouth area. Due to excessive drooling, Bullmastiff owners are advised to keep hand towels on constant standby to wipe up the drools.

Why Do Bullmastiffs Sleep on Their Back?

Bullmastiffs sleep on their backs mostly to stay cool. Sleeping with the belly up effectively helps a Bullmastiff regulate his body temperature throughout a nap. This sleeping position is common in most dogs, especially when napping during hot summer afternoons.

The sight of your Bullmastiff sleeping on his back should make you happy as it’s an indication that he’s comfortable in his space. On most occasions, newly adopted dogs will take some time before they’re comfortable enough to sleep on their backs.

Why Do Bullmastiffs Smell?

A Bullmastiff begins to smell when not properly groomed. Naturally, Bullmastiffs have oily skin that tends to trap dust and dirt particles, which, if left uncleaned, can gradually lead to an unpleasant smell. To ensure your Bullmastiff doesn't smell, groom him as frequently as possible.

Due to their oily skin, Bullmastiffs are predisposed to a skin condition called Seborrhea that manifests as scaly or greasy skin. Therefore, you need to maintain high grooming standards to keep your gentle giant in tip top shape!

Can a Bullmastiff Be Left Alone?

A fully grown Bullmastiff can be left alone for up to 10 hours, provided he has his food, water, and sleeping area well-prepared in advance. However, new Bullmastiffs can get anxious or stressed when left alone if you don’t first acclimate them to their new environment.

To reduce the chances of separation anxiety, ensure you provide your gentle giant enough time to adapt to you leaving the house.  Although great family dogs, Bullmastiffs aren't among the most social breeds around. As a result, grown Bullmastiffs will get by just fine if left alone. This breed isn't very social or big on play or cuddles, meaning they won't feel much of a gap if you leave them for a while.

Why Do Bullmastiffs Howl?

Bullmastiffs howl only if there’s a pressing reason. These gentle giants rarely howl or bark, and this is usually their way of gaining your attention. Excessive noise-making could be a sign of an underlying problem, and it’s important to pay close attention to your dog’s howling patterns.

If your Bullmastiff is howling excessively, consider examining his fur and joints or consulting a vet if the problem persists.

Bullmastiffs are good swimmers if they train early and consistently. They won't swim as expertly as Goldens, but they won't struggle in water like their bulldog cousins. Patience with your canine companion is required to enhance the chances of successful training.

You should also consider joining your bullmastiff for a swim to make him more comfortable as he learns to swim. He will also enjoy swimming with other family dogs if they were introduced early enough.

Why Do Bullmastiffs Lean on You?

Bullmastiffs will lean on you to show affection. Unfortunately, due to their sizes, large breed dogs can't be picked up, carried, or cuddled like their small breed counterparts. Leaning is the most natural way for Bullmastiffs to establish contact and demonstrate love to their owners.

Do Bullmastiffs Sleep a Lot?

Bullmastiffs do sleep a lot and are heavy sleepers. In fact, most owners of this breed have, at some point, been worried about their pets' sleeping patterns. Adult Bullmastiffs can sleep between 10-17 hours a day, while puppies and pregnant Bullmastiffs might sleep for up to 20 hours on occasion.

Do Bullmastiffs Bark a Lot?

Bullmastiffs don't bark a lot. While primarily bred to be guard dogs, Bullmastiffs were meant to track potential intruders covertly; thus, he won't be a frequent barker. However, a Bullmastiff will still bark every now and then, just not as frequently as other breeds.

As a natural guard dog, a Bullmastiff can give you unrivaled protection when the need arises. Therefore, If you decide to get a Bullmastiff, try enrolling him in training classes to ensure he is socially trained to interact with other animals and humans alike.

Return to the top of this Bullmastiffs For Beginners page

Other Things To Know About This Breed... 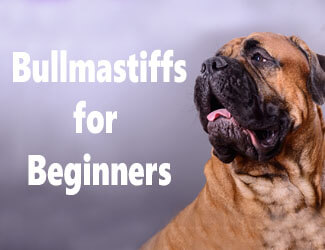