What Were Great Danes
Originally Bred to Do?
There's More To Them Than Just Good Looks

Contrary to popular belief, the rise of Great Danes as a domesticated breed is attributed to Germany, not Denmark, and they were often found accompanying nobility. Today, they serve as companions to thousands of people worldwide regardless of social standing, and despite their domineering stature, they make excellent pets.

What Were Great Danes Originally Bred To Do?

Great Danes were bred to be fierce hunting dogs and protectors because of their muscular build and great speed, initially serving as the wealthy German elite and royals' companions. Due to their large and intimidating demeanor, many people still adopt Great Danes with this idea in mind. But like most dogs, they're quite docile around their loved ones.

This article will outline the breed's history, how their role has changed within the average household, and other useful information for a prospective owner or history buff. Read More Below...

Pro-tip: Ever try lifting a Great Dane? Their weight can hurt not only your back but their joints when they hop down from cars, sofas or even your bed. To protect your back and theirs check out the best Mastiff ramps on Amazon.com now. 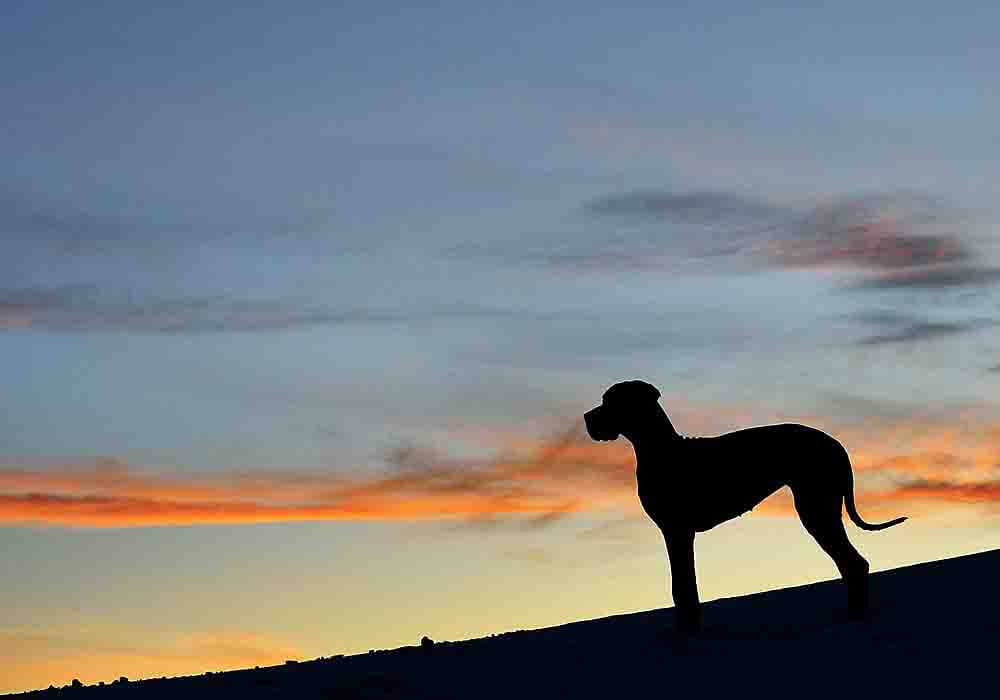 History of Germany’s “Most Handsome” Dog

Upon first glance and especially when compared to other breeds, Great Danes are absolutely intimidating. Simultaneously, the average Great Dane usually reaches about 30 inches in height. Some, like this massive Dane, have astounded the world with Photoshop-worthy proportions.

Despite their massive size and undeniably intimidating presence, Great Danes have been known to be some of the most loving dogs in the world. However, they weren’t always bred that way. For many years, they were hunting and tracking dogs.

Below, you’ll learn all of the history behind the Great Dane, including why they were bred and what makes them a popular breed today.

Skilled Hunters of the Past

Known as "Kammerhunde" or "English Dogges" in their earliest documented history, Great Danes were bred by both German hunters and nobility specifically to hunt down what was the most dangerous game at the time: wild boar. They needed both incredibly fast and muscular dogs to subdue them, so they looked to two breeds that fit these qualifications: English Mastiffs and Greyhounds.

There's also some speculation about whether or not they share early lineage with the Irish Wolfhound as well, which would explain its enduring size, but regardless, Great Danes were by far the most efficient boar hounds in the 1600s.

With time, ear cropping also came into prominence, serving a practical function (boars would often cause significant harm to their ears, making them a liability) rather than a cosmetic one, as seen on today's show dogs. Incidentally, ear cropping is now illegal in Europe and is seen as a form of animal cruelty.

The Great Danes of the past were shorter and bulkier than today's, exemplifying their English Mastiff lineage. There was also a gradual shift from hunting dog to personal protector as the German upper-class bred Great Danes en masse. The strongest and largest of the dogs would usually be kept by nobles and given a luxurious lifestyle, from the quality of food they ate to the velvet-lined collars that adorned their necks.

In 1880, both judges and breeders concluded that Great Danes had evolved into their breed, at which point they stopped focusing their efforts on breeding them with English Mastiffs and instead worked on developing their breed. Around this time, French naturalist Comte de Buffon came up with the name "Grand Danois" to describe the dogs during his travels in Denmark.

Though others were using other names like "German Mastiff," the former is the one that stood the test of time, enduring until the present day.


Pro-tip: Great Dane anxiety, aggression, destructive chewing, jumping up, fearfulness, and other behaviors can be controlled with the right training program.

While their legacy as noble protectors has also endured, Great Danes can often be found as the common man's companion dog and are known to be good with both kids and other animals (particularly ones they were raised with). Their capacity to stay at ease and their history as guard dogs also enable them to be excellent service animals, whether for emotional stability or guiding those with impaired mobility.

General Facts About the Great Dane

As previously mentioned, Great Danes can grow to be incredibly tall, but most females will cap at around 30 inches, and most males will cap out around 32 inches; most will weigh between 140 to 180 pounds.

Great Danes can be found with the following colors: brindle, which is a gold color with black chevron patterning; fawn, which is another gold variant with a black snout; blue, which has a steel gray appearance; black, harlequin, which is akin to the coloring on a Dalmation with a white base, and erratic black splotches, and mantle, which is a variant of harlequin, but with a more substantial presence of black across the body and more white surrounding the muzzle.

The above are colors recognized by breeders, but there are several other mixes out there, most of which are found in rescue dogs. Those variants include merle, a combination of black, white, and gray; fawnequin, which is the harlequin mentioned above but with brown patches instead of black; merlequin, which is another harlequin variant with black, white, and gray patches; and white, or albino.

Generally speaking, Great Danes are low-maintenance when it comes to grooming, and they rarely shed. They also tend to drool a lot and have average energy levels. The most important things for prospective dog owners to be aware of are their size (which affects how much they eat, and therefore the average cost of owning a Great Dane) and their tendency to develop health issues.

A Great Dane's life expectancy ranges anywhere from 8-10 years on average, with some only living for 6-7 years. This is because, like most larger dogs, Great Danes often suffer from a number of health issues.

Bloat, for example, which occurs when a dog's stomach fills with air, twisting and cutting off blood flow from the abdomen and hind legs to the rest of the body. This health issue is a medical emergency and is considered fatal because even after successful treatment, a dog's heart could stop at any time. Bloat has about a 50% survival rate.

Cardiomyopathy, a disease and side effect of larger dogs and a physically larger heart, is also common.

Given larger dogs' massive frame, joint problems, and bone diseases, like hip dysplasia and osteoarthritis, are other frequent complications and much more gradual. The best way to stave off the potential effects of either of these is a proper diet alongside glucosamine supplements, which can be provided by your veterinarian.

Getting your Great Dane from a responsible breeder who's had appropriate testing done for hip dysplasia and other genetic conditions is a great first step. However, you can also mitigate the effects with rescue dogs by getting frequent check-ups and establishing a sustainable wellness plan with your veterinarian.

What Were Great Danes Originally Bred To Do?...Final Thoughts

From their origins as hunters and protectors in Germany and other parts of Europe to their current roles as support animals, show dogs, and calm, gentle giants, Great Danes make wonderful pets and fantastic guard dogs. They've been bred to a certain standard throughout history, and you can see that reflected in the limited number of colors recognized by breeders as well as their enduring strength, speed, and height.

That being said, health issues present themselves late into the life of most larger breeds, such as bloat, cardiomyopathy, hip dysplasia, and osteoarthritis. Some of these complications are gradual and can be prevented by a good diet and supplements, while others, like bloat, are fatal and often happen without warning. Regular visits to your veterinarian and an established wellness plan will do much legwork. Like most larger breeds, healthy Great Danes are only expected to live until about ten years old.

Learn Even More About Danes
From These Interesting Pages Of Ours... 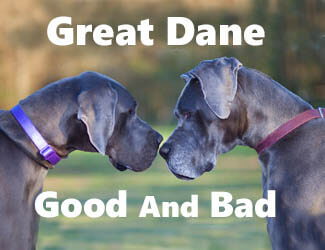 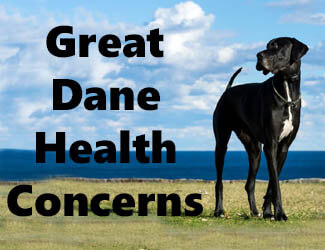 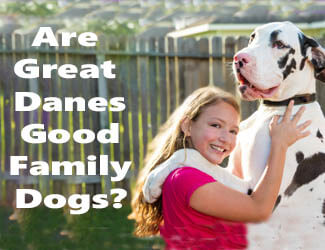