Why Do Cane Corsos Have Their
Ears Cropped and Tails Docked?

Two of the most noticeable features of this distinctive breed are its cropped ears and its docked tail. But why do Cane Corsos have their ears cropped and tails docked in the first place?

In general, Cane Corsos have their ears cropped and tails docked to prevent injury and infection. When playing or working, Cane Corsos might get their ears torn, and tails provide other dogs a place to grab. Cane Corsos’ uncropped floppy ears are also breeding grounds for ticks and mites.

This article below will cover both the medical and cosmetic reasons why Cane Corsos have their ears and tails cropped. It will also skim over the history of ear cropping and how cropping and docking surgeries work...Read More Below

Pro-tip: Ever try lifting a Cane Corso? Their weight can hurt not only your back but their joints when they hop down from cars, sofas or even your bed. To protect your back and theirs check out the best Mastiff ramps on Amazon.com now. 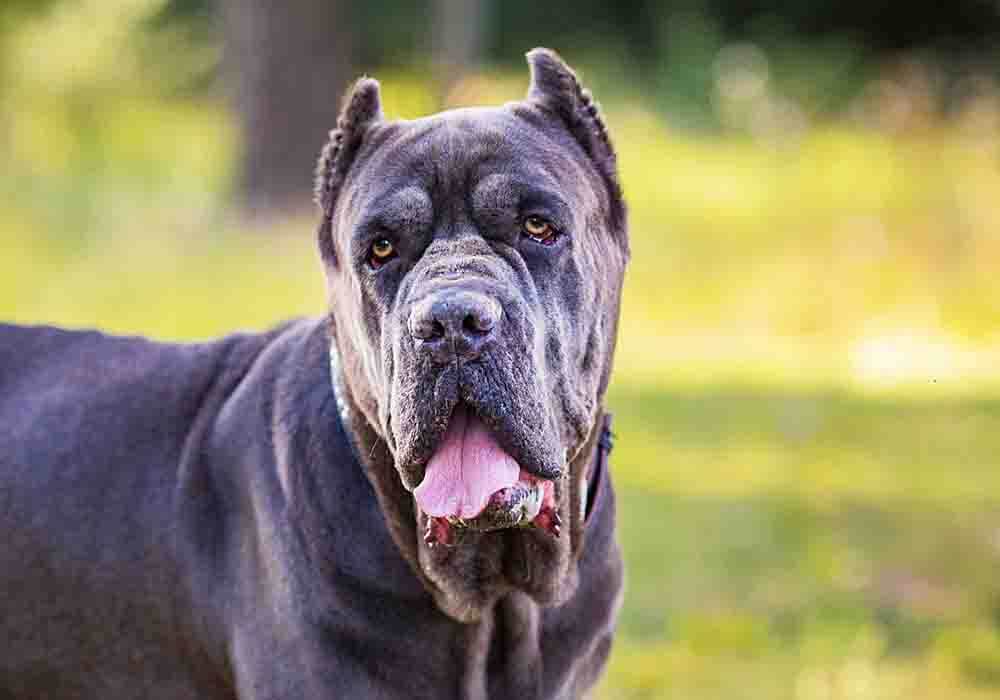 Why Do Cane Corsos Have Their Ears Cropped?

As a whole, Cane Corsos have their ears cropped to fight injury, infection and infestation of mites and ticks.

First of all, it must be said that Cane Corsos do not have “naturally” floppy ears. Those were bred into their ancestors by people long ago, as a modification to their appearance to make them look cuter by human standards.

Wolves, foxes, and other canids have naturally standing ears. This keeps bacteria from amassing inside them and doesn’t give other animals a surface to grab onto and rip while fighting them. why do cane corsos have their ears cropped and tails docked

Cane Corsos are rough-and-tumble, working dogs. They could use standing ears more than anyone. Unfortunately, they happen to have drooping ones. Therefore, when Corsos are biting each other during play or chasing intruders off a property, they often get their ears wounded or ripped. Cropping shortens the ear, making it harder to grab onto or bite, protecting it from injury.

An ear wound is rarely life-threatening but will require stitches. Many ear wounds scar badly and end up diverting blood flow away from the tip of the ear. This results in a partial loss of the ear, which could have been avoided if cropped.

The uncropped ear is prone to infection due to the lack of air circulation and how difficult they are to clean. Otitis externa, an inflammation of the ear canal lining, can become chronic. A chronic ear infection can lead to hearing loss or ear disfigurement, which is detrimental to a guard dog. It will also require extensive treatment with antibiotics.

Cropping restores the upright ear and gets rid of those concerns.

The uncropped ear often folds over the ear canal, creating a dark cave where ticks, mites, and lice love to hide. Allowing them such a place to live puts your pet at risk of Lyme disease, ehrlichiosis, and mange. There is no more dark cave by cropping the ear and no place for the arthropods to hide.


Pro-tip: Cane Corso anxiety, aggression, destructive chewing, jumping up, fearfulness, and other behaviors can be controlled with the right training program.

Why Do Cane Corsos Have Their Tails Cropped?

Tails are docked purely to prevent injury. Cane Corsos are “catch and hold” hunting dogs, which means that they tend to bite when playing with each other and not let go. It is best to provide as few handles for them to bite as possible, or else they may hurt each other.

A less honorable reason why ears may be cropped is the aesthetic appeal. Cane Corsos’ ears are naturally floppy and triangular, like a Labrador’s. Some claim that leaving the ears intact mars the Cane Corso’s desired appearance and makes them appear “too cuddly.”  Why Do Cane Corsos Have Their Ears Cropped And Tails Docked Page

There may actually be benefits to this: uncropped ears or not, the Cane Corso is averse to strangers. By making your Corso look sharp and dangerous, instead of soft and cuddly, you discourage people from approaching it unnecessarily. You do not want someone coming up to pet your Corso and ending up spooked by its aggression.

Unless your Cane Corso is a herding or guard dog, it does not need its tail cropped: there are no reasons to do it other than if your dog regularly fights. Note that cropping dogs’ tails for fighting rings is also pointless, as dog fighting is strictly illegal.

Cropping the ears may win a Corso more favors in the show ring, where each dog must follow a strict code of appearance called the Breed Standard. The AKC Cane Corso breed standard says this:

“Viewed from the front, [the Cane Corso’s] skull is wide and slightly curved... Viewed from the top, it has a square appearance due to the zygomatic arches and powerful muscles swathing it.”

As you can see, show dogs’ faces should appear as square and powerful as possible. Cropped ears can enhance the squareness of a Cane Corso’s face, increasing its chances of winning a competition. Uncropped ears may make its face appear rounder, which is unfavorable to the Breed Standard.

“[The ears are] set well above the cheekbones. May be cropped or uncropped. If cropped, it is in an equilateral triangle. If uncropped, they are medium-sized, triangular in shape, held tight to the cheeks, and not extending beyond the jaw bone.”

Uncropped, the ears are required to be fairly short and of a very particular shape. Since ears can change shape as dogs grow, breeders may find it easier to crop them while their Corsos are puppies. That way, they won’t have to deal with ear shape changes at all.

About the tail, it is said that:

“Tail set is an extension of the backline. It is thick at the root with not much tapering at the tip... It is docked at the fourth vertebrae. In the case of natural tails, the tip reaches the hock but not below... Disqualification - A natural tail that is atrophied or a natural tail that is knotted and laterally deviated or twisted. “

Cane Corsos are expected to look a certain way, and their tails are expected to be thick and short. Corso tails can naturally grow rather long and twisty, and ironically, many Corsos with natural tails do not conform to their own breed’s standard.

The History of Cropping

Cropping has been done in many locations, including ancient Rome and the Caucasus. In Rome, tails were docked in the belief that it will prevent rabies. It did not. Romans also cropped the ears of pit-fighting dogs to keep bears or other dogs from biting them.

In the Caucasus, shepherds used to cut or twist off their dogs’ ears to avoid giving wolves a place to grab hold of. It is said they fed the grilled ears to their dogs to make them more aggressive.

Nowadays, more and more people crop dogs’ ears and tails for purely cosmetic purposes. This is quite unnecessary for non-working dogs and is illegal in many places.

Cane Corsos have their tails docked when they are 2-5 days old. Ears are cropped at 8-15 weeks. Both operations should be done by certified vets that can show you previous pictures of their work. You can find an experienced vet here.

The dog will be put under anesthesia for ear cropping, the ears will be cut, and the edges stitched. After 15 minutes, the dog awakes and can go home. The edges of the ears will be coated in salve for a week after the operation, and the stitches will be removed in 7-10 days.

Tail docking can be performed with or without anesthesia, but anesthesia may be kinder since it is a painful operation. It is done by cutting off the end with a pair of scissors and then stitching it over. There are many countries where tail docking has been made illegal or can only be performed by vets. Check the laws on docking for your area. why do cane corsos have their ears cropped and tails docked

Why Do Cane Corsos Have Their Ears Cropped And Tails Docked?....Some Final Thoughts

Cane Corsos have their ears cropped for a good reason: cropping prevents infections and infestations, as well as injuries from dogs biting each other there. Cropping the ears also enhances the squareness of a Cane Corso’s face, making them look more menacing and effective at scaring off strangers.

Tail docking is more controversial: it is a more painful operation and is done purely for injury prevention or aesthetic reasons.

Both operations have to do with the Cane Corso’s Breed Standard and have an extensive history behind them. Experienced vets should only do both. 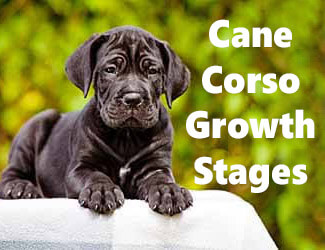 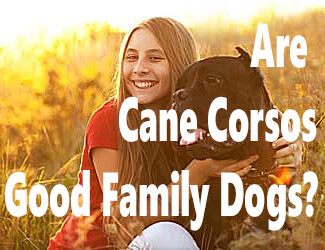